Liam Neeson Keeps On Being a Badass with ‘Non-Stop’!!! 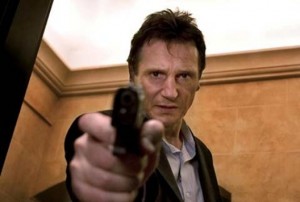 Let’s just say it and admit all at once.  Liam Neeson is the ultimate badass.  He battles sith lords, leads the A-Team, takes on a murderous pack of wolves, saves a bunch of Jews, tries to kill Batman, and is the almighty Zeus.  There is nothing this guy can’t do.  Liam is currently in talks to star in ‘Non-Stop’, a film for Warner Bros. about an exhausted air marshal who kicks it into high gear when a serious threat goes down high up in the air in the middle of an international flight according to Variety.

I’ve heard that Jeff Wadlow is set to direct.  Wadlow directed the 2005 film ‘Cry Wolf’.  Just say “YES” Liam.  This is right up your alley.  You are becoming the ultimate action star who while 60 years old,  can still kick anyone’s ass and take names.  Warner Bros. originally picked up the airplane spec from John Richardson and Chris Roach back in August. Silver is producing the pic with Andrew Rona and Alex Heineman. It’s only a matter of time before Liam says YES.