There is already a ‘Project X’ Sequel In the Works!!! 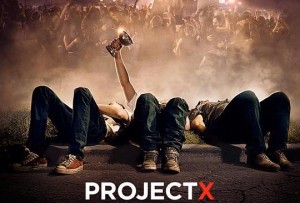 Well that took no time at all.  Warner Bros. is already hard at work developing a sequel to their ultimate party film that was released this past week known as ‘Project X’.  The film made $21 million opening weekend which I guess has been impressing the right people.  It seems like the original writers, Michael Bacall and Matt Drake will be returning as writers for the sequel which Bacall as been writing the sequel since before the first one opened last week.

And of course, Todd Phillips and Joel Silver will have to give the green light from their production companies to let this go into production, but it’s inevitable.  It’s not clear yet if the three main actors will return for a sequel or what even the sequel will be about.  If it will be a completely different party with different people or a continuation.  Only time will tell.