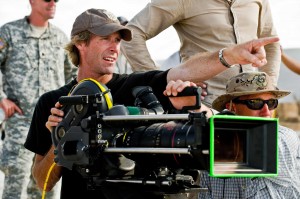 Director and the grand master of explosions, Michael Bay has teamed up with network A&E to bring an unscripted reality series.  The project which is currently untitled will be a competition reality series that swears to test the strength of families like never before.  Bay is set to produce the show.  “Shit just got real.”

The project is in the very early stages of development but if it comes to light, which it will, it will be the first competition and reality series for both Bay and A&E.  I can’t imagine what the tests will be?  Save your family from robots?  Andrew Form and Brad Fuller and Shed Media US’ Nick Emmerson and Dan Peirson are executive producing according to Deadline.  I also wonder how hands on Bay will be with this project since he has another Transformers movie in the works?

Only time will tell, but I just hope we have the famous Michael Bay pan, the intense music, and the 5 second camera takes.  Oh yeah, and Will Smith and Martin Lawrence.