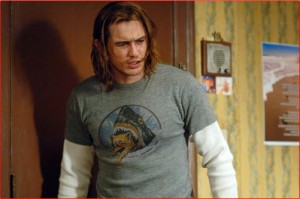 In the latest chronicles of “James Franco will star in anything”, the oscar nominated actor is set to star in a show for Nick at Nite called ‘Hollywood Heights’.  He will be in a multi-episode story arc for the season.  The show is a mexican series that follows an introverted girl who becomes a successful pop star after winning a singing competition.  She becomes friends with her celebrity crush who is a big rock star.

The series will premiere in June and will air new episodes five nights a week, much like a soap opera.  Details ares still unclear on when Franco’s episodes will air or the part he will play.  Franco is no stranger to soap operas.  He did a stint on General Hospital of 54 episodes, so he must enjoy this soap opera work.  I don’t get it really, but props to Franco for doing what he likes.