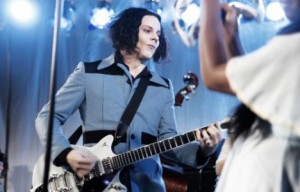 Jack White recently talked with the good folks over at NME about his new and first solo album, ‘Blunderbuss’ which is due out April 24th.  He also talked about his former band ‘ The White Stripes’ during the interview.  There was no good news about that fabled ‘White Stripes’ reunion or ever getting back together.

Asked if there was any chance he and Meg would reform The White Stripes, White replied: “I would probably say absolutely not. Absolutely no chance. I couldn’t see any reason to ever do that. I’m not the kind of person that would retire from baseball and come out of retirement the next year. I mean, if we went to all the trouble of telling people we’re done, we meant it you know?”

He continued: “If we were forced to change our mind about that, I can only imagine the reason being if we went bankrupt or really needed the cash, which would be a really sad thing. I would probably be issuing an apology along with the announcement of the show dates.”

He said of announcing The White Stripes’ demise: “I wanted Meg to come to a decision with me and officially put an end to it. I said eventually – I had no plans at the time – but eventually I’m going to record by myself under my name, and I don’t really feel like going through the dumb perception battle of people who couldn’t be broad minded enough to understand the difference between Jack White and The White Stripes.”

I think we all already knew that about, but there was always hope.  But now, I doubt there will ever be a reunion, unless several years down the road there is a Rock n Roll Hall of Fame concert on HBO or some big charity event.  But even then, that’s pushing it.  The ‘White Stripes’ gave us some amazing music and it will be listened to forever.  But now, I’m very excited to get brand new music from Jack White and his future engagements.

Pre Order ‘Blunderbuss’ straight from Third Man Records or get it over at Amazon.