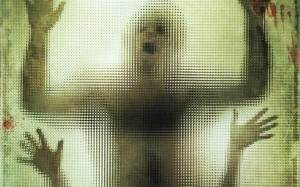 According to Tom Six’s twitter, “‘Human Centipede 3’ will have a 500+ person pede. XXXXL American style!”  And EW reports that the first two films villains will reprise their roles in the third film which is odd.  Dieter Laser and Laurence R. Harvey, who played the crazy surgeon of the first film and the insane security guard of the second film, have both agreed to reprise their roles for the third film in the series.  It’s odd, because the crazy surgeon character was killed, so I ask this question – Is this a prequel of sorts?

Director Tom Six has also cast himself in a supporting role for the third film.  If this is all true, meaning a 500 person human centipede, then this will be one of the best visuals I have ever seen on film.  I really do believe the Human Centipede films should be in the National Film Registry for being important and part of the times.

I’m also curious if the film will all be in color, b/w like the 2nd one, or be something totally different.  3D?