‘Battlestar Galactica: Blood and Chrome’ Will Be a Web Series and not a TV Series!!! 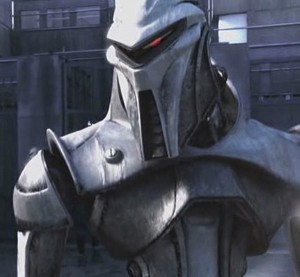 Yesterday, we posted the bootleg trailer to ‘Battlestar Galactica: Blood and Chrome’ which has been in the works for a few years now.  The video was taken down by the studio.  If you didn’t get a chance to see the trailer, it was BADASS.  It looks epic.  But since, this show has been a long and heavy trek in post production, the studio is trying to see how they can earn money on it.

There are insane special FX and other issues with post production that have made this a mega budget pilot.  But for now, the series will be broadcast on the web only.  But don’t worry, the SYFY network will air the 2 hour pilot on television according to Deadline.  “Though the vision for “Battlestar Galactica: Blood & Chrome” has evolved over the course of the past year, our enthusiasm for this ambitious project has not waned,” Stern said in a statement today. “We are actively pursuing it as was originally intended: a groundbreaking digital series that will launch to audiences beyond the scope of a television screen. The 90-minute pilot movie will air on Syfy in its entirety at a future date.”

The reason the trailer was taken off supposedly, was that it was more of a demo reel for execs and studios and not a trailer and was not made for general audiences.  Well let me say that the trailer went viral and has made so many fans of BSG giddy with excitement.  I bet you dollar to donuts that if the pilot episode does well, they will reconsider it for a tv series.