TellTale Games has released some really cool screen shots and some details on the upcoming Zombie game based on Robert Kirkman’s and Tony Moore’s zombie comic book.  Over on the TellTale website, there is a new online series called ‘Playing Dead’ where you can find out about the upcoming ‘Walking Dead’ video game which as of now is not know of which or how many consoles it will be available on.

But, the company has said it will be released sometime in the spring of this year on all platforms, but who knows.  TellTale says about the game: Telling the story of a new group of survivors as they struggle to flee the horror of Atlanta and the surrounding communities consumed by the undead, The Walking Dead offers players the chance to experience the very first days of the apocalypse, meeting people and participating in events that intersect with the story seen in the comic books.”

With this “Playing Dead” video series, you can expect more in the future before the game’s release. 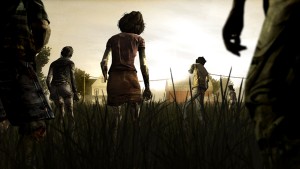 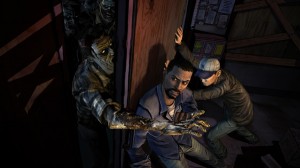 I think this looks amazing.  I can’t wait.  What do you think?