So we have written about the upcoming ‘300’ prequel a few times on the site and what the whole gist of the story will be about.  Seems like progress is being made on the project and Warner Bros. has found their lead.  Actor Sullivan Stapleton will play Themistokles in ‘300: The Battle of Artemisia’ which will be directed by Noam Murro. 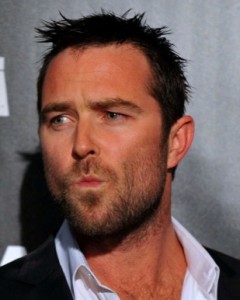 At first, it was rumored that Sullivan would take on the Xerxes role, but now the actor who originally played Xerxes, Rodrigo Santoro, is in talks to reprise his role he made so famous.  Sullivan was in ‘Animal Kingdom’ recently, ‘Darkness Falls’, and the upcoming film ‘Gangster Squad’.  And Noam Murro directed ‘Smart People’ with Dennis Quaid.

I hope this prequel is as much fun as the first film.  Only time will tell.  Your thoughts?