I had the opportunity to speak briefly with the legendary Bernie Wrightson at Sci-Fi Expo 2012.  Wrightson is truly a master of his craft.  His line work is incredible and proof is in the pages including his work for Creepy, Heavy Metal, being co-creator/artist of Swamp Thing, and his more recent work with writer Steve Niles including “The Ghoul”, “Dead, She Said”, and Doc Macabre.  The three works with Steve Niles can all be found in separate color volumes or altogether in one beautiful over-sized black and white hardcover which really shows Wrightson’s amazing pencil and inking skills.  I asked Wrightson how he met Steve Niles to create this long-lasting creator relationship and he said that he in fact met Niles at a convention in Dallas!

I asked Bernie Wrightson what his artistic influences are and he mentioned the late Frank Frazetta as well as the works of the old E.C. comics.  When asked which movies influenced his work he said that he thoroughly enjoys the old Universal Pictures monster movies including the original Wolf Man, and Frankenstein…which may have led him to create one of his most seminal pieces which is the black and white artwork to Mary Shelley’s Frankenstein originally printed in 1983 but more recently printed in over-sized hardcover format from Dark Horse Comics, an absolutely beautiful “library edition” tome.  This all leads to the excited news that his current work (again with creator Steve Niles) is going to be a sequel titled, “Frankenstein, Alive, Alive” which will be initially released as 13 issues from IDW Publishing sometime in 2012.  Check out the following promo pages from Steve Niles’ facebook page…and try your best to keep your jaw from cracking on the floor. 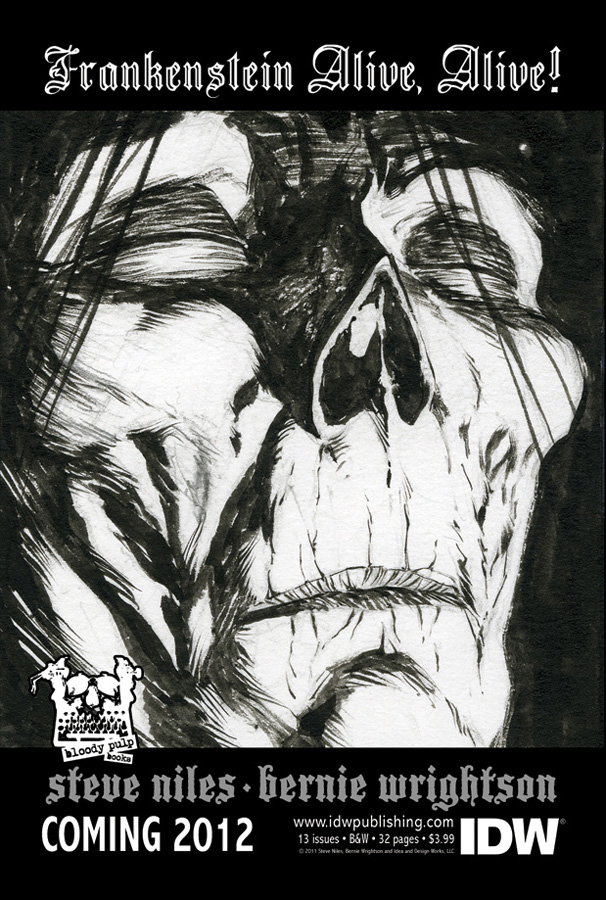 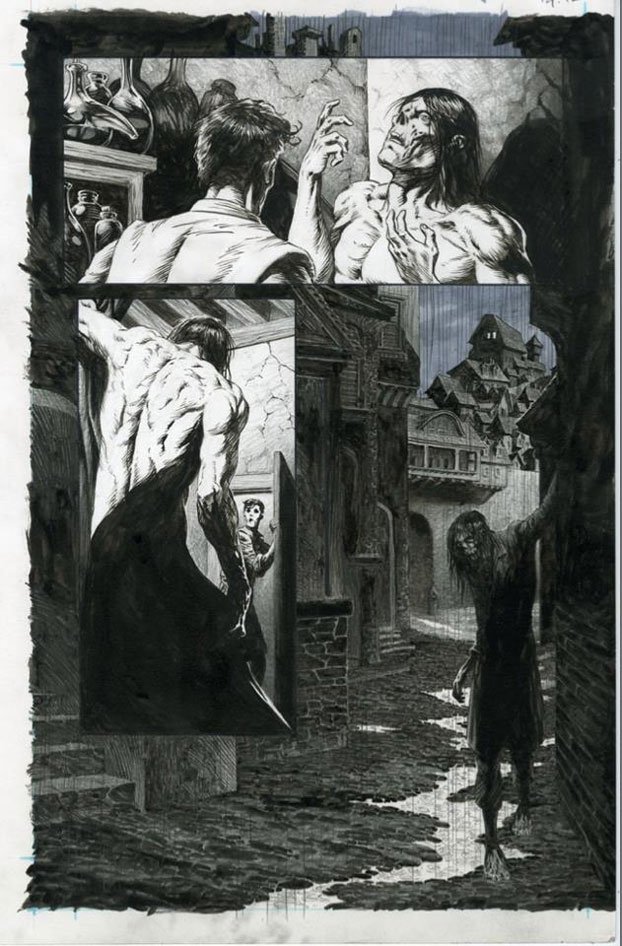