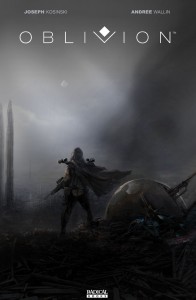 Morgan Freeman and Tom Cruise will be starring alongside in ‘Oblivion’.  Directed by Joseph Kosinski (Tron: Legacy), ‘Oblivion’ follows Cruise who is  the last man on a post-apocalyptic and nearly uninhabitable Earth, who stays behind to repair ships that hunt down and blast a virulent alien species.  And Freeman will play a vital part of the film, but that role is known at this time.

Michael Arndt is currently rewriting a script that had earlier drafts by William Monahan and Karl Gajdusek. This sounds like the making of the ultimate Scientology movie.  Just sayin’.  But kidding aside, Cruise is good at what he does.  This sounds fun and I’m sure it wil be a blast in the theatre.  Your thoughts?