Kal Penn Set to Star in Pilot for ABC!!! 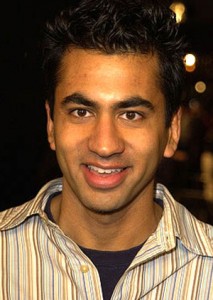 Kumar from the ‘Harold and Kumar’ films (Kal Penn) has just been set to be the lead in a new pilot for ABC titled ‘Prairie Dogs’.  The show will be a single camera comedy and will follow “Neil (Penn), an uncool cubicle worker aka “prairie dog” at one of the coolest companies in the world who becomes the victim of identity theft. When he discovers the thief has created a much more fulfilling life with his identity than he ever has, he engages the charismatic conman to help him change his life.”

And it seems, according to deadline, that Kal scored a development deal with ABC, meaning that i this show doesn’t air past the pilot, or even if it does, ABC wants to be in business with Kal Penn.  So we can expect further projects with him on ABC companies.  Congrats to Penn.  I wonder if he will continue at some point working with the president and the White House?

Also, I hope that his ‘Harold and Kumar’ stars John Cho (Harold) and Neil Patrick Harris will cameo on his new projects.  Your thoughts?