James Spader Will Exit ‘The Office’!!! 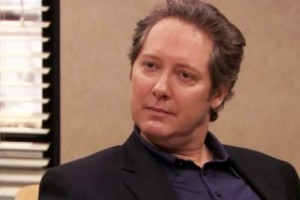 That’s right, James Spader will leave ‘The Office’ after this season.  He originally only wanted a one season arc and only wanted to be in fifteen of the episodes for one season.  Studio execs granted his wishes.  “James always wanted this to be a one-year arc, and he now leaves us having created one of the most enigmatic and dynamic characters in television,” said “Office” executive producer Paul Lieberstein. “He’s been a great friend to me and the show, helping us successfully transition into the post-Michael Scott years, and I’m grateful for that.”

If you remember, Robert California (Spader) was in the previous season in an episode or two when he was vying for Michael Scott’s (Steve Carrell’s) position at Dunder Mifflin.  He came on as a series regular in this season with a 15 episode minimum with an option to be in more if he wanted.  He turned it down.

So how will Robert California be written out?  I guess we will have to wait and find out.