Find Out What You Can Expect On HBO’s ‘Eastbound and Down’ In March!!! 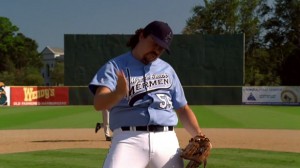 “You’re fuckin’ out.  I’m fuckin’ in.”  That’s right.  Kenny Powers is back on the air this coming Sunday February 19th on HBO.  Good to have him back without the very long wait this time.  Here is what you can expect from him in the month of March.  Be sure to set your DVR’s to record.  It seems like Matthew McConaughey will be in this season.

Convinced his son is cursed, Kenny blames Toby (Currin and Lee McLamb) for his recent travails.  Later, he tries to connect with Shane’s straight-laced family during a difficult time.  Stevie is overcome by guilt.  Written by Jody Hill, Danny McBride and Josh Parkinson; directed by David Gordon Green.

Kenny is surprised by unannounced visitors.  Desperate to win back control of his team, Kenny decides to stage the 4th of July party to end all 4th of July parties.  Meanwhile, a guilt-ridden Stevie struggles with confessing to Maria (Elizabeth De Razzo). Written by Jody Hill, Danny McBride and Harris Wittels; directed by Jody Hill.

Stevie continues to lament his loss.  Kenny embraces a new pitch while facing up to his responsibilities as a man and a father.  Written by John Carcieri, Jody Hill and Danny McBride; directed by David Gordon Green.