TV Line is reporting that Boardwalk Empire has not renewed Paz De La Huerta’s contract for season 3.  Huerta played Nucky Thompson’s unstable mistress, Lucy Danziger.  She was introduced in the first episode of season 1 and was in  the first half of season 2’s episodes.  In season 2, she has a baby with Michael Shannon’s character, Lt. Van Alden, and she then runs away leaving Alden with the baby.  That might be the last we will ever see of Lucy.

Huerta won’t be the only one not returning to the show.  She joins Michael Pitt, Dabney Coleman and Aleksa Palladino in which the latter three were killed off in the last couple of episodes.  Now, HBO has hired Bobby Cannavale has been hired on to play a rival to Nucky Thompson.  Cannavale was in ‘The Station Agent’, ‘Win Win’, and ‘The Other Guys’. 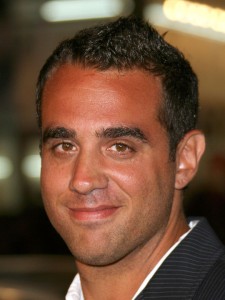 I saw Huerta in Gaspar Noe’s ‘Enter The Void’.  She was amazing in that, so I have no doubt she will have trouble finding work.