ABC’s ‘Beauty and the Beast’ Has Its Beast!!!

‘Beauty and the Beast’ has been getting lots of attention lately.  And I think it has something to do with Disney’s 3D version of their animated classic.  Not only has there been the re-release of the classic animated film by Disney, but there is this new ABC project coming about, and another project with Guillermo Del Toro spearheading the classic Beast tale.  And now the ABC version has finally cast its beast, and it might be someone you won’t expect.

The beast shall be played by Darius Campbell according to Deadline.  Yeah, I haven’t heard of him either. He is a pop star and has been on the stage a few times.  This project will be more of a re-imagining of the tale we have al come to know where there is an embattled princess, Grace, who discovers an unlikely connection with a mysterious beast, Shiro (Campbell), a mercenary bodyguard. The role of beauty or Grace has not been cast yet.  But just by the sounds of this “re-imagining” it’s going to be terrible.  Unoriginal and miscast are the frit two things that come to mind. 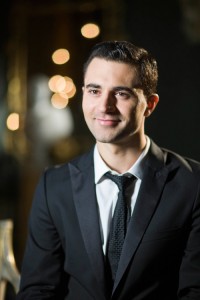