Rebel Wilson Gets Her New Show Picked Up By CBS and Produced by Conan O’ Brien!!! 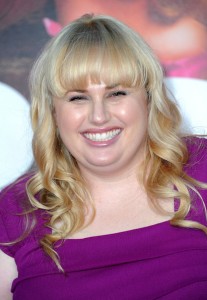 CBS has greenlit a pilot for a show called ‘Super Fun Night’ written by and starring Australian actress-comedian Rebel Wilson (Bridesmaids).   The series follows three nerdy female friends on their ”funcomfortable” quest to have super fun every Friday night.This will be a multi camera series which means there is a high possibility of a laugh track.  Not to keen on those these days, but I have been surprised before.  This is the first multi camera show to be picked up by CBS this season.

O’Brien, Jeff Ross and David Kissinger are executive producing, with Wilson co-executive producing.  I think this will succeed due to Rebel’s charm and wit.  When she was on Conan a while ago, she just killed it, and her small role in ‘Bridesmaids’ was hilarious.  I can see this being a hit despite the multi camera angle.