Catch the Trailer for ‘Project X’!!! I already wish I was There!!! 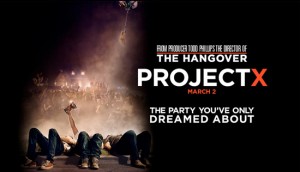 Director Todd Phillips (Hangover/Old School/Road Trip) is producing this new film called ‘Project X’ which is looking like ‘Superbad x’s 1000 mixed with Jackass.  If Todd does anything well, it’s films about parties and hangovers.  And this seems to be the ultimate party film.  It looks insane and way funny.  Enjoy the trailer.

Synopsis:  “Project X” follows three seemingly anonymous high school seniors as they attempt to finally make a name for themselves. Their idea is innocent enough: let’s throw a party that no one will forget… but nothing could prepare them for this party. Word spreads quickly as dreams are ruined, records are blemished and legends are born. “Project X” is a warning to parents and police everywhere. This film has been rated R for crude and sexual content throughout, nudity, drugs, drinking, pervasive language, reckless behavior and mayhem-all involving teens. 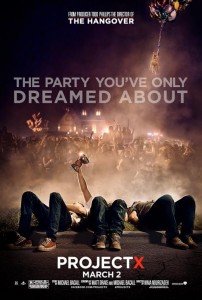