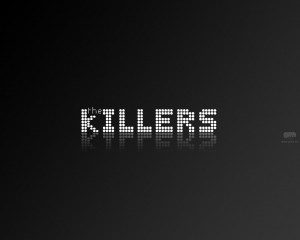 Frontman of the Killers, Brandon Flowers confirmed this morning in an interview with BBC Radio 1’s Zane Lowe that there will indeed be a new album from the Killers.  “It’s just whether it’s the summertime or the wintertime,” Flowers said of the release date for the Las Vegas band’s yet-to-be-titled fourth album.

Flowers even let loose one of the new album’s song titles, “Battle Born”.  Flowers told the BBC. Expect the Killers to try to bring it all back home on this album: “I think the consensus within the band is to take those things that we’ve done well and really hone in on that,” Flowers said. “We don’t want to make Hot Fuss 2 or Sam’s Town 2, or Day & Age 2. We’ll maybe take all that stuff, the best of all of it and do what we know how to do.”

I’m sure most of you are excited with this news.  Your thoughts?