AN OPEN LETTER TO GRANT MORRISON 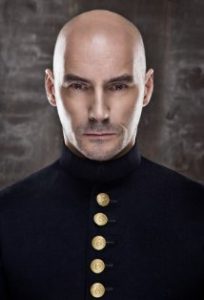 I wish to register a complaint.

Let me preface by saying that I do not claim to be Mr. Morrison’s “number one fan.”  My home holds no shrine to him, and I am far from a completist when it comes to collecting his work.  There are undoubtedly projects of his that are unknown to me and will remain so, and I’m okay with that.  That having been said, I do hold him in high regard for getting me back into comic books when I was of the opinion they no longer had anything to offer an adult reader.  In particular, his runs on Doom Patrol and Animal Man returned me to the medium with a fervor, seeking out other books that would speak to me in a similar way.

I don’t feel I’m overstating the situation by saying that many of the industry’s top writers would not enjoy their current successes were it not for Grant Morrison blazing the trail before them.  The man has not only changed the face of comic books but continues to do so.

And that’s my problem.

Morrison has always packed his stories with subtext.  I’ll be the first to admit that I don’t get every reference, and I’d be hard-pressed to believe that anyone outside of the author himself truly does.  Again, I’m okay with that.  Because the subtext never got in the way of the story.  Until recently.  Morrison’s latest work seems to favor subtext over everything else, and the direct result is that I feel not only alienated by it but angered.  I’m willing to put some effort into my entertainment (I used to watch the television show Lost with pen and paper by my side), but you have to meet me halfway.

It’s a comic book, not Ulysses.

It’s twenty pages of guys in tights beating the shit out of each other.  You can dial it back a little.

But that’s not Morrison’s bag.  Each of his single issues seems to contain enough plot to fill three issues from any other writer.  As much as I might appreciate the fact that he wants to give the reader his/her money’s worth, I for one need the connecting bits.  I’m not talking about Meanwhile back at the Hall of Justice.  I’m talking about those moments where individuals converse, where motivations are revealed, where plans are hatched.  The moments where characters are born and live and love and die.

To my way of thinking, there is such a thing as straying too far from formula, arriving in a place where the end result is neither recognizable nor enjoyable.  If I pick up each issue and feel like I’ve missed the one immediately preceding, then you’ve lost me as both a reader and a consumer.  After all, it is entertainment.

In closing, I’d like to request that Grant Morrison simply lighten up a little.  The hard work is done, and you did it, sir.  Don’t let yourself become a parody of your former glory like Frank Miller has.  Climb back into the old fiction suit and dust off your lapels.  I’m almost positive you’ll find it still fits.

For those of you who may be unfamiliar with Grant Morrison’s comic books, may I humbly submit the following as some of his best works.

One thought on “AN OPEN LETTER TO GRANT MORRISON”