Star Trek Sequel Gets Release Date and Will be Filmed in 3D!!! 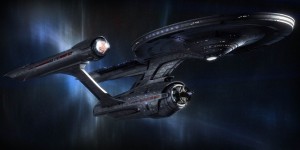 It’s official, the USS Enterprise flies across screens Memorial Day Weekend May 17, 2013 for its much anticipated writer/director J.J. Abrams’ Star Trek sequel.  In addition to the release date, the new Star Trek sequel will be filmed in 3D.  Abrams’ co-creator and writer of Lost Damon Lindlelof will be co-writing the new Star Trek sequel with Abrams as well as the two original writers.  And all the cast is expected to return for the sequel minus the characters who didn’t make it.

So since the blu-ray release of Super 8 is over and done with, now Abrams can fully focus on the Star Trek sequel.  I’m very excited about this and cannot wait to see where the franchise goes.  I am a little upset that it will be done in 3D.  I was hoping for an IMAX presentation, but I guess I will settle for lens flares in 3D.  But maybe it was not up to J.J. for that decision.  However I will officially add this to my list of most anticipated films for 2013.

Your thoughts or predicitons?