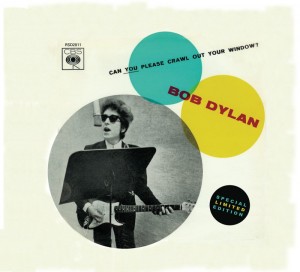 As long as I can remember Thanksgiving has been my favorite holiday. There really is no holiday on the calendar that centers around food and family, and it’s the one day of the year where it is ok to stuff yourself into a food coma. Thanksgiving is also a favorite holiday for many, but many love the holiday because of the shopping day after known as ‘Black Friday.’

The older I get the less inclined I feel to venture out into the crazy public and spend money the day after Thanksgiving, especially since I feelcompletely lethargic after all that turkey and stuffing. But thanks to Record Store Day Black Friday, I again have an excuse to spend some cash on music and perhaps walk off some of those calories.
For fans of classic rock and roll, as well as blues and jazz Record Store Day is a great opportunity to not only support your local indie record stores, but to also get your hands on some rare and limited edition goodies on vinyl. RSD Black Friday 2011 marks the second year for post-Thanksgiving exclusive releases, and this year’s offerings are better than ever.

Also on my must-have list is a special edition singles box set from The Beatles, featuring four 7-inch records of remastered songs, available on vinyl for the very first time. If you’ve heard the remastered tracks of “Ticket To Ride”, ” Come Together”, “Hey Jude” and “Something” you’ll definitely want to get your hands on this release to hear them on vinyl. This set is limited to 10,000 copies in the US and 5700 copies internationally.

The Doors seminal classic “L.A. Woman” celebrates its 40th anniversary in 2012, and to celebrate early the band is releasing a special edition singles box set, featuring the songs “Love Her Madly”, “The Changeling”, “Riders on the Storm” and a forth single containing rarely heard studio banter from the recording sessions. The box also features the original concept artwork of a woman nailed to a telephone pole (that was initially pulled) and is limited to 4000 copies.

Speaking of anniversary edition releases The Rolling Stones celebrate the expanded edition of “Some Girls” with an unreleased track from the sessions, “No Spare Parts” b/w a remastered edition of “Before They Make Me Run,” limited to only 5000 copies. (If you’ve ever tried getting your hands on a Rolling Stones RSD release, you know how hard it can be. Don’t pass this one up!) 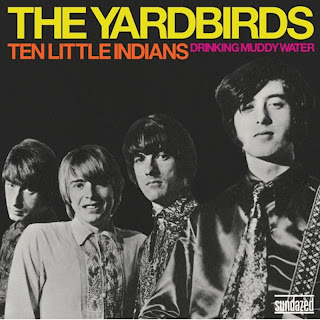 Additionally, there are some other fantastic exclusives releasing on RSD Black Friday 2011 that fans will want to get their hands on, like rare never-before-released 7-inch mono editions of The Byrds’ “8 Miles High” b/w “Why” and their covers of Dylan’s “The Times They Are A-Changin'” b/w “She Don’t Care About Time,” both limited to only 1200 copies. Janis Joplin fans will be treated to a limited edition singles box set with previously unreleased material, as well as a 12-inch 4xLP box set of her classic albums. John Lennon’s “Imagine” gets a 40th Anniversary treatment box set with the remastered album pressed on white vinyl, including a second disc of session outtakes. There is also a great photo book of Syd Barrett by famed rock photographer Mick Rock, and includes a special edition 7-inch. And if that weren’t enough also look for exclusive releases by The Yardbirds, Miles Davis, The Grateful Dead, Tom Petty & The Heartbreakers, Pete Townshend, Red Hot Chili Peppers, John Cale and new classic favorites Ryan Adams, Sharon Jones & The Dap Kings, Nirvana and Wilco.

Music fans like myself, who see music as a means to live and breathe will definitely be getting something special from the record companies again this year, and because all of these babies are limited in availability, spending Black Friday working off a turkey feast will be well worth the task. Even though the economy is still lagging behind I hope we vinyl hungry music fans can do our part and spend our hard-earned cash in our independent record shops. Good luck to you all, boys and girls, and don’t forget your elbow pads and shin guards. You may need them.