Mother’s Day About to Get Terrifying! 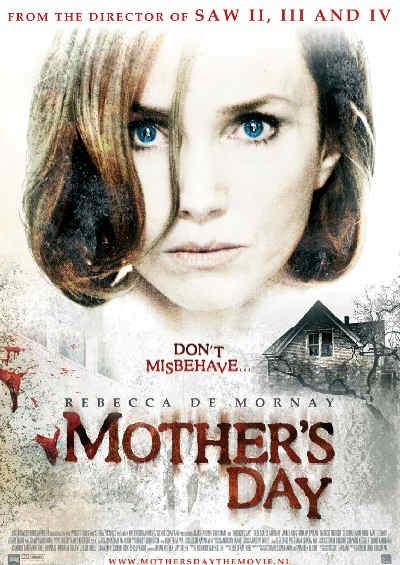 This movie is an example of what happens when you don’t know your mother as well as you thought you did. Or at least, in Hollywood’s eyes.

The story follows a few bank robbers who fail miserably and decide to head for the old homestead. Little do they know that their mother lost said homestead to foreclosure, and now the new owners are having a party.

What jerks. Don’t celebrate a birthday in MY house. At least I assume that’s the thought process.

The brothers take the family hostage and wait for the rest of the family to arrive. When Mother and sister come home, they find themselves in a rather sticky situation. Mother takes control of it, swearing that her sons will get out of this intact. Unbeknownst to her family, she turns out to be a bit on the sadistic side. Poor hostages. Didn’t know what you were getting into, buying a house like regular people.

The movie itself is a loose remake of a 1980 Charles Kaufman (When Nature Calls) film by the same name, but I imagine it’s a bit more like The Last House on the Left. After being on the shelf for a year, Anchor Bay Films has picked it up for distribution. It will be released in theaters in 2012, possibly on Mother’s Day. The irony burns.