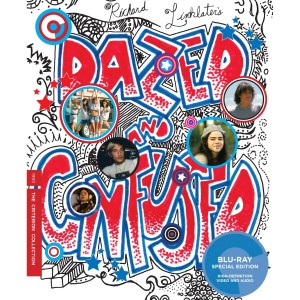 Criterion rolls out the red carpet yet again with the re-release of the instant cult classic ‘Dazed and Confused’.  This time it is on glorious blu-ray.  This movie will live on forever.  There really isn’t another movie like it.  The characters, the music, the dialogue are all quoted and duplicated today.  This film started the careers of tons of big named actors including: Parker Posey, Ben Affleck, Matthew McConaughey, Milla Jovovich, Joey Lauren Adams, and a few others.  This re-release is virtually the same as the previous criterion release, but in blu-ray.  And let me just say, it is worth the upgrade.  The picture and sound are top notch.

I remember first seeing this film way back in the mid 90’s and just falling in love with the film.  I laughed as hard as I’ve ever laughed at a movie before and found myself back then and still today (almost 20 years later) quoting the film.  The film takes place on the last day of school in 1976 in Texas.  It follows a sort of episodic flow of incoming freshman and incoming seniors in high school over the course of a day and the rituals of entering higher school.  The incoming seniors every year plot out to brutally beat the incoming freshman with wooden paddles as a hazing ritual and then after the beatings, the upperclassmen usually invite the freshman out to party and go riding around with them.  From here you see the personal conflicts with a couple of characters, the drug induced adolescence of a few more characters, and the general comedy that just comes from high school.  It all works and stays with you for a life time.  And let me just say, Matthew McConaughey was born to play his character “Wooderson”.  This movie should be in every household and be enjoyed for many years to come.  Love every moment of this film. 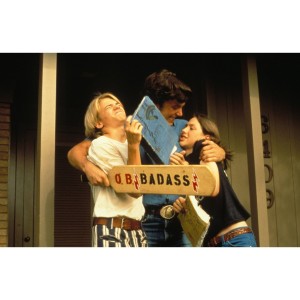 The movie comes with a 1080p/AVC MPEG-4 transfer in an 1.85:1 aspect ratio. The film was supervised by Linklater and cinematographer Lee Daniel and just looks fantastic.  There is a very thin layer of grain here and there, but wow, what an improvement from the Universal version.  The detail is very strong and has just a pure and richer quality than ever before.  The colors pop vibrantly and the depth of the new transfer looks incredible.  It really brings the film to life in a new and big way.  Great transfer.  The audio has a DTS-HD Master Audio 5.1 mix and just sounds fantastic.  The dialogue is crystal clear and crisp and the music boasts on all speakers.  The classic rock music and the little ambience sounds really make this audio track.  Just simply brilliant. 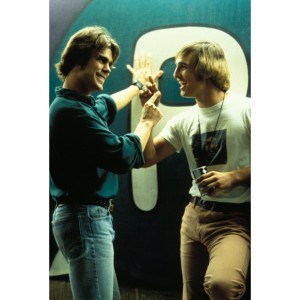 THE ULTIMATE WORD
Dazed and Confused was an instant classic back in the mid 90’s and is still a beloved film today.  I wish they made films like this still, but I know nothing will ever come close to this movie in this lifetime. Criterion did a great job with the video and audio transfers and the extras are all top notch.  This is a must own.  This is truly the ultimate edition of ‘Dazed and Confused’.
-Bryan Kluger