‘THE EDUCATION OF DEE DEE RICKS’ FOLLOWS ONE WOMAN’S JOURNEY FROM HEDGE-FUND MILLIONAIRE TO BREAST-CANCER ADVOCATE WHEN THE DOCUMENTARY DEBUTS OCT. 27, ON HBO!!!! 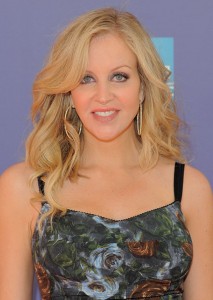 A self-made millionaire living on New York City’s Upper East Side, 39-year-old Dee Dee Ricks seemed to have it all – until she was diagnosed with aggressive stage II breast cancer.  Insured and affluent, she could afford the best treatment money could buy, but was shocked to realize how difficult it is for uninsured women in the same situation, and determined to do something about it.

Marking National Breast Cancer Awareness Month, the candid documentary THE EDUCATION OF DEE DEE RICKS chronicles her transformation from successful businesswoman to determined advocate for poor breast-cancer patients and takes a no-holds-barred look at her own battle with the disease.  This moving film by award-winning newswoman Perri Peltz debuts THURSDAY, OCT. 27 (8:30-9:45 p.m. ET/PT), exclusively on HBO.

A profile in courage and an indictment of America’s health care system, THE EDUCATION OF DEE DEE RICKS begins in 2008, when this self-described “vain” woman and single parent to two boys was diagnosed with aggressive stage II breast cancer and underwent a double mastectomy.  She decided to document her experience for her children, in case anything happened to her.  During her successful recovery, Ricks receives her first medical bills.  Although able to afford the payments, she is disturbed by the realization that many women are bankrupted by the expense.

Ricks subsequently meets with Dr. Harold P. Freeman, founder and president of Harlem’s Ralph Lauren Center for Cancer Care, believed to be the only cancer center in the nation to provide or ensure access to timely cancer screening, diagnosis and treatment to all patients, irrespective of their ability to pay, and she pledges to raise $2.5 million for the clinic.  (According to the American Cancer Society, African-American women are less likely to develop breast cancer, but 37 percent more likely to die, from the disease than their white counterparts.)

At the clinic, Ricks bonds with Cynthia Dodson, an uninsured African-American breast cancer patient whose resilience and optimism are an inspiration.  The two become as close as sisters, supporting each other through treatment.  As Ricks celebrates her last chemotherapy session, she learns that Dodson has spots on her liver and resolves to make sure her friend receives the best care possible, while stepping up her support for the Center.  Unfortunately, because Dodson’s diagnosis and treatment came late due to her financial status, her future is in doubt.

The challenges she meets, the revelations she experiences and the friendships she forges turn out to be the ultimate education for Dee Dee Ricks.  Reflecting on her new priorities in life, she concludes, “Cancer was the best thing that ever happened to me.”

THE EDUCATION OF DEE DEE RICKS debuted at this year’s Tribeca Film Festival and will screen Oct. 25 as part of the Paley Center’s DocFest.  The filmmakers have also partnered with the Susan G. Komen Foundation on a major National Breast Cancer Awareness Month campaign.

To further the film’s spirit of advocacy, the Cynthia Fund of the Susan G. Komen Foundation was created to honor Dee Dee Ricks’ friend, Cynthia Dodson, who represents the millions of uninsured women.  As part of the initiative, designer Tory Burch has created the Cynthia Shirt, with 100% of the profits going to the Cynthia Fund to help women who lack the resources to pay for breast cancer treatment.

Perri Peltz is a former news correspondent and longtime public health advocate who reported on health-related issues for NBC and CNN and has worked for the Robin Hood Foundation supporting organizations that fight poverty.