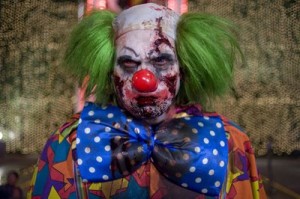 ‘Zombieland’ wandered into our hearts two years ago and has proven after each viewing that ‘Zombieland’ is one of the top zombie films ever.  There has been much talk of a sequel at some point down the road, but nothing has been finalized or set in stone, however all the actors want to come back and do a sequel.  Now rumors are circulation that a movie sequel won’t happen. but rather a half hour series of ‘Zombieland’.  Primetime networks should take notice on how well ‘Walking Dead’ is doing over on AMC.

The original writers Rhett Reese and Paul Wernick are onboard to write for the series and talks are well under way with Fox Broadcasting and Columbia’s sister unit, Sony Pictures Television, to put a Zombieland series out for 2012-2013 season.  “The original plan for this was to make it as a TV show.” Indeed, CBS actually ordered a pilot script for the concept all the way back in 2005, “but they did what networks do, which is to take all the good stuff out.” CBS ultimately passed and Syfy was interested, but couldn’t make things work financially, Polone says. Ultimately this was good news, of course, since the movie was a blockbuster and helped further the careers of stars Jesse Eisenberg and Emma Stone, as well as director Ruben Fleischer (now helming the Ryan Gosling/Sean Penn drama Gangster Squad). There was serious work on a film sequel, but Polone says that’s now likely on hold: “If the TV show goes, then the sequel won’t happen.”

So it seems the original writers wanted it to be a tv series in the beginning, so they probably have tons of story lines for a tv series already. One of the original writers said:   “We always thought [it should be a TV series]. If you watch the movie with that in mind, you will see some remnants of the television show. We have the ‘Zombie Kill of the Week,’ which was always intended to happen every week. The movie ends on a cliffhanger; it doesn’t have a real resolution.”

This could be awesome.  I just hope it’s as hardcore as the film or at least Walking Dead otherwise it won’t work.