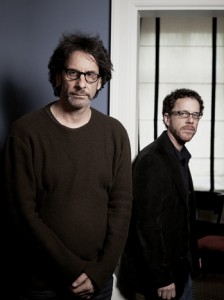 Ethan Coen and Joel Coen are set to executive produce an hourlong single-camera comedy for Fox, which the two co-created with another feature writer, Phil Johnston (Cedar Rapids). The project, titled HarveKarbo, has received a script commitment with significant penalty from Fox.  How cool is this.  I wonder how hands on the Coens will be on this.

HarveKarbo, which will be written by Johnston, features the type of quirky, offbeat characters that have become a staple of the Coen brothers’ movies. It follows the title character — an ill-tempered LA private investigator whose cases frequently involve the depraved doings of the Hollywood elite — and his deadbeat friends in Los Angeles’ El Segundo.  The Coens will be  executive producing the series.

Can’t wait to see this pan out.  Being on Fox, let’s hope they don’t cancel it early and let’s all hope this series isn’t like Intolerable Cruelty.