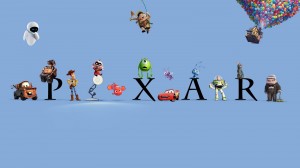 Steve Jobs the CEO of Apple and and co-founder of Pixar lost his bout with cancer yesterday.  The world has indeed lost the last true genius and thinker who pushed the world into the future.  Jobs was our generation’s Thomas Edison.  I grew up on PC’s.  Playing computer games, Q basic, and writing.  In high school, I got into the world of Apple.  And it wasn’t until eleven years ago that I got my first apple product.  A G4 Tower computer.  It blew my mind as well as my old PC’s out of the water on every level imaginable.   I feel like I could do anything with my mac.  Fast forward a decade later and my household is completely Apple run.  Not to mention I run my website and comic book store on Apple product and software.

I even had the chance to work for Apple for a very brief moment.  Around the same time I got my first Apple computer a little film called ‘Toy Story came out from the studio Pixar which was co-founded by Steve Jobs.  Before that film ‘Toy Story’, computers seemed to not be discussed much and their capabilities were very limited.  After that film was released, we all witnessed the magic and beauty that computers could give us.  It opened tons of doors and windows to creators.  ‘Toy Story’ made us feel and connect with the characters and made us forget that we were watching something that a computer made.  And I think that after this moment, Steve Jobs became the man who we all know today.

Steve changed the way we make films, make phone calls, edit films, communicate with one another, and has furthered technology for many years to come.  I’m sad that I won’t get to see another conference with him telling me about all the latest and cool things that will come out to advance our work and personal lives.  But his work will live on therefor he will live forever.

I miss you Steve.