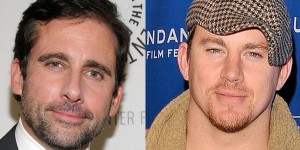 Bennett Miller is known for getting the best performances out of his actors, and thus for earning them Oscars. Philip Seymour Hoffman won Best Actor for Capote, and Brad Pitt is getting nods and buzz for Moneyball. Now, he’s possibly letting Channing Tatum (G.I. Joe) and Steve Carell (Evan Almighty) ride his coattails for a new film that’s already generating some Oscar talk.

The John Du Pont story is coming to the big screen in Miller’s Foxcatcher in 2012. Carell will play DuPont, a famous heir to a chemical fortune who suffered from serious paranoia. In 1996, he shot and killed Olympic wrestler David Schultz in his Pennsylvania facility. Tatum is in talks to play Schultz, who was killed at the age of 36 and left behind a wife and two children. The role would be dramatic gold.

Miller is picky with his projects – five years spaced Capote and Moneyball. He has been developing Foxcatcher for several years, however, and is producing it independently. The writers of Capote, E. Max Frye and David Futterman, are writing the script.