River Phoenix’s Final Film to Be Released After 18 Years!!! 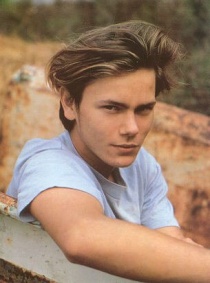 Eighteen years after the sudden death of actor River Phoenix, Dutch director George Sluizer says he will finish ‘Dark Blood’, the 1993 drama that Phoenix was shooting when he died of a heart attack on Halloween night outside the Viper Room in Los Angeles.

Sluizer has been hiding and sitting on the footage since Phoenix’s death in fear of that his film would be destroyed.  He has now re-edited the film and with a few minor adjustments (voice overs maybe) he can put the final touches on the film and release the film in a year or two.  Sluizer is mostly know for his 1993 ‘The Vanishing’.  Sluizer says he plans to ask Phoenix’s brother Joaquin Phoenix to do the film’s voiceover as River’s character.

In ‘Dark Blood’, Phoenix plays a hermit living in the desert on a nuclear testing site as he waits for the end of the world. When a Hollywood jet-set couple (played by Judy Davis and Jonathan Pryce) arrives to find shelter, he begins a troubled relationship with the wife.

I never thought I would see a new Rive Phoenix film again.  This is amazing news.  He was an amazing actor and his death was such a tragedy.  One that befalls many celebrities in Hollywood.  If he were alive today, I’m sure he would be one of the most talented actors of our generation.  I for one am very excited to see a new film with River.