John Cusack and Johnny Knoxville are teaming up for Comedy, ‘Carnaval’!!! 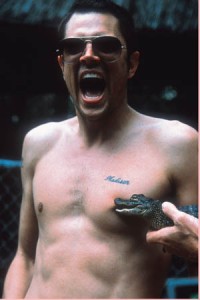 That’s right Cusack and Knoxville will star in this what seems like uproarious comedy film titled ‘Carnaval’.  Cusack will play a sports scout sent to Rio de Janeiro during the over-the-top bacchanalia of Carnaval to recruit the world’s best soccer player with the promise that if he signs the star, he will inherit the agency. Knoxville plays his best friend, a musician who tags along and has an affair with a woman who turns out to be the player’s girlfriend, derailing the signing mission.

Josh Stern will be directing and producing.  Sounds like a sillier Jerry Maguire doesn’t it?  I know Knoxville is gold in everything he is in and Cusack is just plain awesome.  I wonder if Cusack will narrate the film to the camera like he does in so many of his films.  I think this duo will have great chemistry and I would hope to see them in more films together.