HIT ACTION SERIES ‘STRIKE BACK’ RETURNS TO CINEMAX FOR SEASON TWO IN 2012!!!! 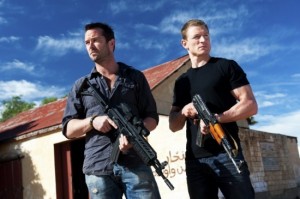 One of Cinemax’s first original series gets picked up for a second season.  ‘Strike Back’ will be back in 2012 with brand new episodes.  Ten episodes to be exact.  Production is expected to begin in South Africa early next year.  Kudos to Cinemax for finally getting in the original programming game.  It’s a tough to compete with HBO and Showtime right now.  Hopefully Cinemax will do more genre series.  That’s what I would like to see.

The hit action series STRIKE BACK will return to CINEMAX in 2012 for a second season of ten new episodes, which will begin shooting in South Africa in early 2012 and air later in the year.  CINEMAX/HBO will again produce the series with partners Left Bank and Sky, who will air the series in the U.K.  The series marks the first time the two broadcasters have co-produced an original series together.

Due to plot spoilers in upcoming episodes, the cast of season two will be announced at a later date.

The current season of STRIKE BACK tells the suspenseful story of a charismatic former U.S. Special Forces operative who joins with a stealth British military unit when a resourceful international terrorist group plots a major attack.  Their covert efforts are never publicly acknowledged, their leads are few, the choices are difficult and results often come at a steep cost

Researched by the creators of the series and aided by consultants, the action-packed drama is rooted in the field of counter-terrorism, and set against the backdrop of timely global issues such as human and drug trafficking, conflict among nations, poverty, danger for international aid workers and child soldiers.

The Los Angeles Times observed that the show “shoots high with plenty of action and thrills and a simmering bromance that’s fun to watch,” while the New York Daily News hailed STRIKE BACK as “appointment television for the next 10 weeks” and an “unapologetic, first-pumping non-stop action thriller.”  The Washington Post described the show as a “stylish and addictive new counterterrorism series,” and Indiewire called it “first rate pulp TV, with enough unexpected heart and authenticity to guarantee that its thrills are never cheap,” noting that “it is also the kind of show about the military that focuses on the day-to-day stresses of trying to stay alive on the ground, leaving the overriding political issues to the suits at headquarters.”

STRIKE BACK is a CINEMAX Presentation in association with British Sky Broadcasting Limited; a Left Bank Pictures Production.