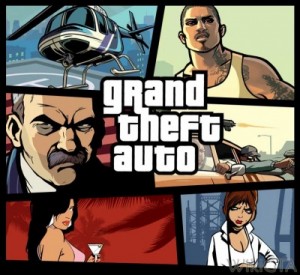 Oh good. More opportunity to be as violent as the mood strikes you. Anyone with an iPad will soon be able to rape, pillage, and murder as often as they like.

Grand Theft Auto, one of the most successful franchises in the video game world, is coming to the iPad. RockStar Games is also adapting other franchises, like Max Payne and Red Dead Redemption, for the tablet world, but GTA is the first attempt. Games like Angry Birds have apparently been used to keep us happy until “they” could figure out how to give us actual video games for our tablets.

So far, answers to questions are pretty vague. Nothing technical, like how in the world a game like GTA is going to translate to a surface that you touch to control. Drive the car with your finger?

The new GTA will have no big names attached. RockStar is finding that they no longer want their games to feel like a movie; they want it to feel like the world. Personally, with an ultra-violent game like GTA, that scares me. When I’m playing a video game, I want to leave the world and invade another. Lose myself in the animation and graphics. And certainly not feel like I’m shooting real people in real life.

Anyway, we’ll see how this turns out. With an experiment like this, it could either look and feel amazing or look great and be unplayable. Only time will tell.