Fox to Take On Hannibal! …Burress. From Jonah Hill!!! 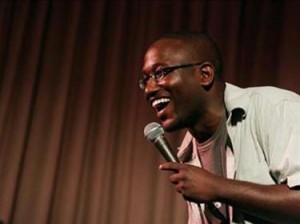 (Warning: You’re not getting through this article without cannibal jokes.)

Fox has bought Jonah Hill’s sitcom, starring stand-up comedian Hannibal Burress, with a blind script commitment plus penalty. The format – single- or multi-camera – has not yet been determined, but the show will bring Burress’ performing chops to television for the first time. Burress has written episodes of both Saturday Night Live and 30 Rock (and there have been no strange disappearances from either) as well as stood up for Comedy Central and David Letterman, but has not yet had his own shtick in a sitcom.

“From the first time I saw Hannibal perform, I started banging down the door to be the person to help guide his unique voice and material to television,” says Hill, who will be both co-writing and executive producing the show. He was also not eaten, which is a blessing for those who enjoy his performances. Personally, I would be afraid to knock on any Hannibal’s door, much less bang on it, but Hill is a braver person than I.

“There will be liver, fava beans, and chianti,” Burress reportedly promised. Okay, no he didn’t. I made it up. He did say:

“My initial dream was to write a show for Fox News, but Jonah convinced me we’d have a slightly better shot at normal Fox.”

The show is on go, though there is not yet a release date.