Find Out Who the Big Name Directors Are That Warner Bros. Is Talking to for Another ‘Twilight Zone’ Film!!! 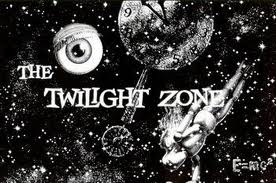 Christopher Nolan (Dark Knight) , Michael Bay (Bad Boys 2) , Alfonso Cuaron(Children of Men), Rupert Wyatt (Rise of the Planet of the Apes) and David Yates (Harry Potter films) are all in talks with Warner Bros. to make a new movie adaptation of ‘The Twilight Zone’.  The 1983 ‘Twilight Zone’ film was an anthology film that consisted of four segments all by different directors.  The original directors were Steven Spielberg, John Landis, Joe Dante, and George Miller.

But nowadays it seems that studios including Warner Bros. does not want to make anthology films so the new ‘Twilight Zone’ film will be one long story line with one director.  It seems that talks with David Yates has pretty much stopped and the front runner right now is Christopher Nolan.  The studio and Nolan both get a long great of course.  Nolan has done wonders with his Batman franchise for Warner.  Plus Leonoard DiCaprio’s production company, Appian Way,  bought the rights to the Twilight Zone and hired Rand Ravich to write a script.  Remember Leo and Nolan worked on ‘Inception’ together.

Personally I would love to see Nolan’s take on a Twilight Zone film.  I wonder if they would draw from an original episode or if it will be an original story.  I can’t believe Michael Bay is even being considered.  He would make a terrible fucking film.  Well he makes terrible films.  And Alfonso Cauron would be a great choice as well.  Looking forward to see how this shaped up.