‘City State’ to Be Remade in English!!! 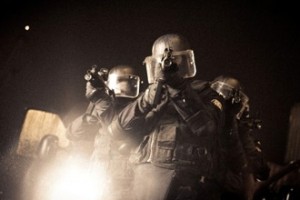 I’m resigned. Originality in Hollywood will never return. But, if it has to give up on novelty, at least it’s giving us good stuff.

City State is an Icelandic crime drama centered around four people caught up in the underworld. When a foreign mafia takes over the drug market, their lives intersect. There’s a bad cop in love with a whore, a revenge-seeking female cop, an aging crime boss with a heart condition, and a mechanic-turned-avenging-angel. Even a remake could be completely engrossing. It sort of sounds like Sin City meets Crash.

The project will be directed by James Mangold (Walk the Line, Girl, Interrupted) and produced by him, Cathy Konrad (producer, everything-James-Mangold-is-involved-with), Danny Sherman (producer, Isolation), and Josh Kesselman (producer, Death at a Funeral – both of them.)

Mangold’s next project, however, is The Wolverine with Hugh Jackman. I’m excited.