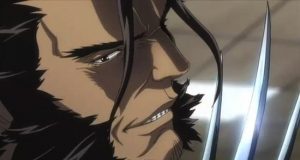 LOS ANGELES – September 14, 2011 – This summer, G4 and Marvel teamed up to bring legions of fans their favorite Super Heroes with the original Marvel anime series, “Iron Man” and “Wolverine.” Next up, Marvel’s most popular team of mutants will tear up the small screen when G4 premieres 12 half-hour weekly episodes of the new original anime series “X-Men” this fall, bringing even more action, drama, and high energy anime heroics. Featuring the voice of actor Scott Porter (“The Good Wife,” “Friday Night Lights,” “Caprica”) as Cyclops, “X-Men” premieres Friday October 21st at 11pm ET/PT. The fourth anime series as part of G4 and Marvel’s exclusive partnership, “Blade,” will premiere this winter.

Actor Scott Porter takes on the title role in “X-Men” as the voice of Cyclops, the optic-force blasting deputy leader of the team. In the series, the X-MEN are reunited following the death of a teammate, and are summoned by Charles Xavier to track down Hisako Ichiki, a missing teenage girl in Northern Japan. There, they encounter the fanatical and anti-mutant group, U-MEN, and discover what was important enough for Xavier to bring them back together. The answer is something that could potentially bridge the gap between mutants and humans, or tear the two species apart forever.

Currently airing Fridays from 11PM to Midnight, Marvel original anime series “Iron Man” and “Wolverine” have been ratings successes for G4. The most recent outing on Friday 11PM-12AM delivered the block’s strongest ratings across the board, jumping +50% over the August 2010 time period average with homes and climbing +75% among Total Viewers. The stack also doubled the year-ago mark with Men 18-49 and tripled among Men 18-34. The 11:30PM airing of Wolverine ranked in 9th place among ad supported cable networks with Men 18-34 and more than doubled key Men network competitors such as MTV and ESPN 2.*

Nebraska native Scott Porter first appeared in the off-Broadway production of the musical “Altar Boyz.” He went on to portray wheelchair-bound Jason Street on the popular NBC series, “Friday Night Lights.” In 2008, Porter was featured in Andy and Larry Wachowski’s live-action “Speed Racer” film as Rex Racer. He also was the male lead in the film “Prom Night,” opposite Brittany Snow. He recently had a supporting role on CBS drama, “The Good Wife,” and can be seen in the upcoming CW series, “Hart of Dixie” this fall.
“X-Men” is directed by Fuminori Kizaki, known as the director of the critically acclaimed “Afro Samurai” series. Shigemi Ikeda, Emmy® Award winner in the “Outstanding Individual Achievement in Animation” category for “Afro Samurai: Resurrection”, teamed up with Kizaki once again as art director. G4 is the exclusive U.S. television home of the four brand-new anime series, guided by New York Times best-selling author Warren Ellis (Iron Man: Extremis, Astonishing X-Men: Xenogenesis) and produced by Madhouse for Marvel Entertainment and Sony Pictures Entertainment Japan (SPEJ). Sony Pictures Television is the distributor. For more information, visit http://www.g4tv.com/marvel