‘The Whale’ Narrated By Ryan Reynolds Trailer is Here!!! 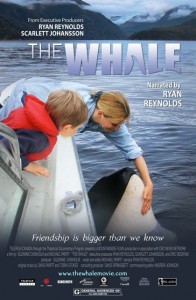 Narrated by Ryan Reynolds, The Whale is the true story of a young killer whale, an orca nicknamed Luna, who makes friends with people after he gets separated from his family on the rugged west coast of Vancouver Island, British Columbia. As rambunctious and surprising as a visitor from another planet, Luna endears himself to humans with his determination to make contact, which leads to laughter, conflict and unexpected consequences. — (C) Official Site

We already saw this. Just animate it and instead of a whale, imagine a narwhal and replace all the humans with Philip J Fry and his salty sea beard.