THE STRANGE HISTORY OF DON’T ASK, DON’T TELL DEBUTS SEPT. 19 AT MIDNIGHT ON HBO, THE DAY THE LAW’S REPEAL GOES INTO EFFECT!!! 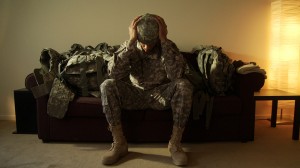 NEW YORK, Aug. 23, 2011 – This September, the day the repeal of Don’t Ask, Don’t Tell (DADT) goes into effect, HBO will tell the strange-but-true tale of the U.S. military’s ban on gays and lesbians from its implementation, through passionate protests and debates, and finally to its 2011 repeal.  A timely and historical look at the legacy of gays and lesbians in the military, THE STRANGE HISTORY OF DON’T ASK, DON’T TELL illustrates the tumultuous evolution of the controversial policy that fostered hate and intolerance within the military – and undermined the very freedoms American forces defend – by forcing many soldiers to lie and live in secrecy.

In 1993, President Bill Clinton encountered vehement opposition when he tried to deliver on his election promise of lifting a 50-year ban on gays in the military.  The result was the compromise legislation Don’t Ask, Don’t Tell, which allowed gays to serve in the military provided they didn’t disclose their sexual orientation.  THE STRANGE HISTORY OF DON’T ASK, DON’T TELL examines the consequences of the policy and the fight to overturn it, a battle that would last 17 years, span three presidencies and result in the discharge of 13,368 active service members.

Filmmakers Fenton Bailey and Randy Barbato have produced a variety of acclaimed nonfiction programming, including 24 documentaries for HBO and CINEMAX, among them “Heidi Fleiss:  The Would-Be Madam of Crystal,” “Monica in Black and White,” “The Eyes of Tammy Faye” and, most recently, the Emmy®-nominated “Wishful Drinking.”