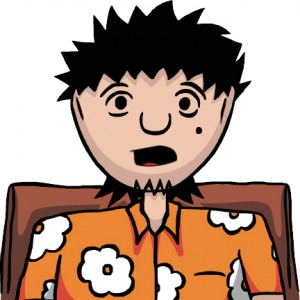 Subversive and compelling cartoon pilot “Don’t Tell My Wife I’m a Cult Leader” to premiere at the Kessler Theater on Saturday, September 3rd, 2011.

Dallas native and life-long cult enthusiast Todd Steinberg and creative partner Matt Rox present the pilot premiere of their cartoon, “Don’t Tell My Wife I’m a Cult Leader” at the Kessler Theater in North Oak Cliff. The darkly humored animated sitcom is about cult leader and husband Floyd Landers, his devoted followers, his unsuspecting wife, and the ever increasingly suspicious citizens of the small Texas town where Floyd’s cult resides.

The production is a homegrown effort using local and regional talent and crew to bring this 25-minute long pilot to fruition. The creators are celebrating their premiere with a reception, art show, screening, Q & A, as well as a live set of music to ring in the achievement. Doors open at 6pm, reception at 7pm, screening at 8pm followed by Q & A to meet the cast and crew. Live music follows the screening and admission is free.

“Word has gotten out about our show since we started pitching it around 2005, and reactions have been mixed,” said Todd Steinberg, creator of the show. “Some wonder if it’s too dark a subject matter, while others have told me it’s the most hilarious thing they’ve seen. Now we would like to see what the D/FW community thinks of it at the premiere.”