***UPDATE*** ‘Dirty Dancing’ To Be Remade with Kenny Ortega Directing!!! 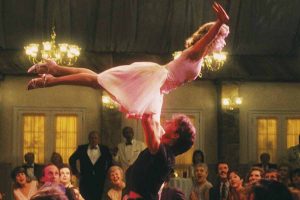 Director/ Produce Kenny Ortega has just signed on to direct the remake of the 1980’s cult classic ‘Dirty Dancing’.  This is an interesting choice in that Kenny Ortega choreographed and came up with the grinding “dirty dancing” that made the original sleeper hit one of the most profitable independent films ever made.  He also went on to direct the short lived ‘Dirty Dancing’ television series in the 80’s.  Now things have come around and he will be the director of the remade version.

“The original, made by Vestron, cost $6 million and grossed $213.95 million, and went on to be a big video title.”  There is money here, and I am sure all the people who loved the original will line up to see this new version.  Let us also note that Kenny Ortega was the director for Michael Jackson’s ‘This Is It’ tour that never happened.

Yes this movie is outdated, but this movie really does hold a special place in many people’s hearts and I am sure there will be an outcry about this, but I’d imagine this will be for the new generation.  I wonder if Jennifer Grey will have a cameo or if they will use stock footage of Swayze?  Who knows?  We will keep our eye on this one for some casting news.

SANTA MONICA, CA (August 08, 2011) – LIONSGATE® (NYSE: LGF), a leading global entertainment company, is set to produce DIRTY DANCING, based on the classic 1987 film of the same name, it was announced today by Joe Drake, President of Lionsgate’s Motion Picture Group. The original film’s choreographer Kenny Ortega (HIGH SCHOOL MUSICAL, Michael Jackson’s THIS IS IT), will direct. Debra Martin Chase (THE PRINCESS DIARIES, THE SISTERHOOD OF THE TRAVELING PANTS) and Kenny Ortega are producing. The studio is in talks with Eleanor Bergstein, the writer and co-producer of the original film, regarding her involvement in the new film in a producorial capacity. Alli Shearmur, President of Motion Picture Development and Production, is overseeing the project on behalf of Lionsgate.

The new film is a celebration of one of the most beloved movies of all time. Paying tribute to the emotional excitement of first love, the thrills and complexity of sexual awakening, the soul stirring power of dance, and the classic tale of teenage Baby’s forbidden romance with Johnny Castle, the remake will incorporate classic songs from the 1960s, hits from the original film and brand new compositions.

“Amazingly it has been almost 25 years since the original film was released, but the fans remain legion, and engaged more than ever with a brand that is special and vital to them. We believe that the timing couldn’t be better to modernize this story on the big screen, and we are proud to have Kenny Ortega at the helm.” said Drake.

Said Ortega of the project, “The opportunity to direct DIRTY DANCING is like returning home for me. Growing up in the 60’s on the dance floor helped define me as a person and as an artist. I am looking forward to assembling a great creative team and an exciting cast to bring DIRTY DANCING to the screen for a new generation. Patrick Swayze set the bar for men dancing in the movies as Gene Kelly and Fred Astaire did before him. I believe everywhere you look there is evidence that the talent is out there and I can’t wait to begin the process of discovering the next breakout triple-threats.”

He continues, “I want to thank writer/producer Eleanor Bergstein for originally choosing me to choreograph “Dirty Dancing” and for her continuous support. I’m thrilled to once again be working with my friend and producing partner Debra Martin Chase. My deep appreciation to Alli Shearmur, Joe Drake, and everyone at Lionsgate for their enthusiasm to make the film and for their confidence in me to helm the project.”

“This remake of DIRTY DANCING presents an exciting opportunity to both celebrate what has made this movie so beloved and refresh and enhance it so that new audiences can claim it as their own,” said producer Chase. “I am thrilled to be working with Kenny Ortega again and with the dynamic creative team at Lionsgate.”

Filmmaker deals were negotiated by Senior Exec VP of Lionsgate’s Motion Picture Group Rob McEntegart, with attorney Steve Warren on behalf of Ortega, and Michael Gendler on behalf of Chase. Ortega is represented by Paradigm and McDonald/Selznick Associates.