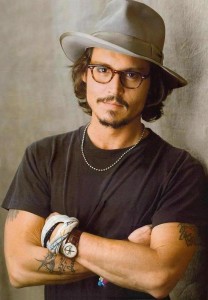 Johnny Depp and his production company “Infinitum Nihil”  have made a couple of movie deals with Disney.  One being ‘The Night Stalker’ which is based on the 70’s TV Movie.  The other will be about Paul Revere and his famous midnight ride.  Depp will most likely star in both films and he and his Infinitum Nihil partner Christi Dembrowski will produce.

If you remember ‘The Night Stalker’ from the 70’s, you might recall it’s main character who was a tabloid reporter named Carl Kolchak who was searching and hunting for a serial killer who would drain the blood of girls in Las Vegas.  This TV movie later made a TV series called ‘Kolchak: The Night Stalker’.  This TV show followed Kolchak and his investigations which almost always involved monsters and madmen including: vampires and werewolves.

The other film will be the currently untitled Paul Revere film which will focus on that 24 hour period of his famous midnight ride from Charlestown to Lexington to warn the soldiers of the incoming enemy. I’d imagine these films are a ways off right now, since Depp has a few films on his plate at the moment and I bet Disney wants to pump him into another Pirates film since the last film made over 1 billion so far.

As far as ‘Night Stalker’ goes, it seems that this will be a edgy film for Disney.  I’m looking forward to see how they push the bounds with this horror film with Disney.