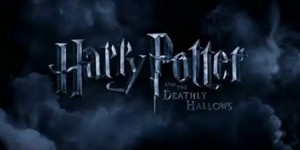 BURBANK, CA, July 21, 2011 – With “Harry Potter and the Deathly Hallows – Part 2” still in the first week of its record-breaking run, the Harry Potter film franchise has now crossed the $7 billion mark worldwide, and counting. The announcement was made today by Jeff Robinov, President, Warner Bros. Pictures Group.

“Harry Potter and the Deathly Hallows – Part 2” has earned an astounding $640.2 million worldwide in its initial week, encompassing $214.9 million domestically and $425.3 million at the international box office.

In addition, the success of the movie has propelled Warner Bros. Pictures’ combined 2011 domestic box office past $1 billion for an eleventh consecutive year, which is an industry record.

Robinov stated, “It is an extraordinary privilege for everyone at Warner Bros. to share in this piece of cinema history. We are extremely grateful to the Harry Potter fans, who have remained loyal to the movies for more than a decade. We also want to congratulate the amazing roster of actors and filmmakers, whose artistry and talent is evident in every frame of every film. But special thanks must go to the woman whose incomparable imagination literally changed the world, Jo Rowling.”

Sue Kroll, Warner Bros. Pictures President of Worldwide Marketing, noted, “Each film has inspired us creatively and it has been exciting to watch the evolution through eight remarkable movies. It has truly been the movie event of a generation, as Harry Potter fans who were there from the beginning have been joined by new fans over the years, and their enthusiasm—as well as our own—has never waned.”

Dan Fellman, Warner Bros. Pictures President of Domestic Distribution, said, “Becoming a $7 billion-plus franchise is a stunning achievement, which is shared by everybody involved in any or all of the Harry Potter films. On the domestic side, the studio is also thrilled to have reached the billion-dollar benchmark for an unprecedented eleventh year in a row. We thank everyone at Warner Bros. whose hard work and dedication have contributed so much to our success.”

Veronika Kwan-Rubinek, Warner Bros. Pictures President of International Distribution, added, “It is a rare pleasure to have an opportunity to be a part of a global event of this magnitude. For ten years, the Harry Potter films have delighted audiences, bridging across countries and continents. We applaud all the actors and filmmakers who have given us the true definition of movie magic.”