Glenn Close To Play A Man Again In ‘Albert Nobbs’!!! 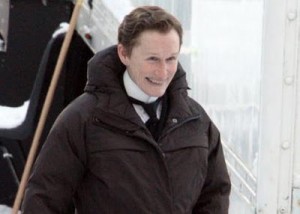 Liddell Entertainment and Roadside Attractions have purchased the U.S. rights to ‘Albert Nobbs’ in which Glenn Close is set to play the title character.  It’s about a woman passing as a man in order to work and survive in 19th century Dublin.  Rodrigo Garcia has directed the film.  Garcia has been heavy in the HBO series fr quite sometime.  He has written and directed for ‘Carnivale’, ‘Six Feet Under’, and ‘In Treatment’.

Clenn Close played this same character in an off Broadway play in the early 80’s and will serve as a producer on this new film.  Let us not forget, that she played a dude pirate in Spielberg’s ‘Hook’.  Close is an amazing actress and I have no doubt she will be excellent in this and will most likely ear her an Oscar nod.  We will wait and see.

Glenn Close is the one that gets thrown in the “Boo Box”.