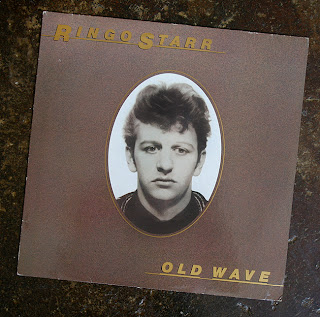 Let’s face it. Everyone loves Ringo, the fun-lovin’ drummer from the world’s greatest rock n’ roll band, The Beatles. Admit it. You’ve got all the records with Ringo’s head circled in red like some crazed lunatic, hoping to snip a little piece of hair from his mop top if he ever crossed your path (hey, it’s happened to him before!) But, did you know Ringo made some incredible solo albums on his own?

“Old Wave”, Ringo Starr’s ninth studio album to be exact, is one of the most over-looked and underrated albums of his career. Starr enjoyed much commercial success with his post-Beatles  albums, such as the self-titled “Ringo” and follow-up “Goodnight Vienna”, featuring a who’s who of rock royalty pitching in on playing and recording. However, by the time Starr recorded “Old Wave”, the scene and atmosphere of Starr’s personal life was a different story.

“Old Wave” is a play on words of the then-burgeoning genre of ‘New Wave.’ After the death of John Lennon in 1980, Starr, feeling unsafe in the US, moved back to London to start work on the album with musician, producer and friend Joe Walsh. Though it does feature a few familiar names on a song here and there, like Eric Clapton, Gary Brooker (Procol Harum), Mo Foster, Joe Lala and John Entwhistle, much of the album was the focus of Starr and Walsh. 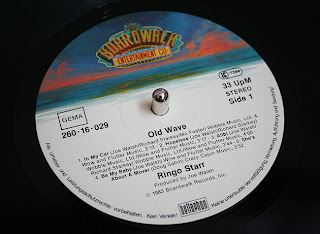 At the time of the album’s release, Starr had no contract with any major US or UK record company, despite the fact it had only been a just over a decade since The Beatles split, thus the album was released primarily in Germany, Canada, Mexico, Holland, Australia, Japan and New Zealand to little fanfare. It would be another 10 years before Starr would release another studio album (“Time Takes Time”.)

The album’s opener, the Walsh-Starr penned tune “In My Car” starts out with a strong 80s-like synth beat, similar in sound to George Harrison’s “Wake Up My Love”, the opening track from his “Gone Troppo” LP released the same year. It would be the only pseudo hit for Starr in Germany at the time of the album’s release. Walsh would go on to record a version for himself on his 1987 album “Got Any Gum?”, which became a moderate hit for him stateside. Much of side one is full of Joe Walsh’s signature “Life’s Been Good” electric guitar, making many of the songs on “Old Wave” some of his best, like “Alibi” and “Hopeless”, which features mere seconds of a lovely piano ditty at the end of the song, reminiscent of John Lennon’s melodic piano chops.

Side two opens with a cover of the Lieber/Stoller song “I Keep Forgetting”, which sounds like it was plucked right off of a Talking Heads album, solidifying the album title’s play on words of ‘New Wave’. “Picture Show Life” is suited for Starr’s vocal styling of life’s harsh pageantry of show business Los Angeles, while the star-studded impromptu album rocker “Everybody’s In A Hurry But Me” wreaks of Clapton and Walsh guitars and John Entwhistle bass, a late night jam number worthy of turntables everywhere. The album closer, another Walsh/Starr original, “Going Down” sounds like (not surprisingly) a would-be hit for The Eagles had Ringo sat in for the band. Ironically, “Going Down” seems to have, coincidentally, indicated the direction of Starr’s music career over the course of the 1980s. 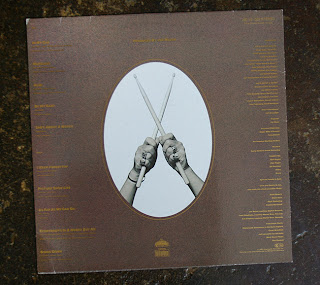 Why the major recording companies were not interested in Starr at this time is a bit of a mystery. “Old Wave” is a fine little album, full of great album originals by Walsh/Starr, as well as usual sentimental Starr covers. Perhaps there is no real defining commercial single that could have promoted the album, however, “Old Wave” is a great catalog album. The record companies should have given “Old Wave” another look, but since the music scene was indeed changing from that of catalog artists to one-hit wonders, Starr indeed pinned himself as an ‘old waver’.

Surprisingly, the album did see a CD issue by Capitol Records in 1994, including the original 1978 version of “As Far As We Can Go”, but was deleted shortly after, making “Old Wave” Starr’s hardest-to-find record. True audiophiles will want to find this album on vinyl, but if you really want the inferior sounding version on CD, be my guest, and be ready to shell out some big bucks.

Ringo may always ride the coattails of fame for being the drummer of The Beatles, but this ‘old waver’ did make some great music on his own. You simply have to love and appreciate him, regardless.