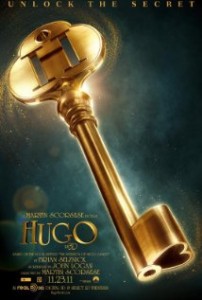 Scorsese’s new film, ‘Hugo’ is not about gangsters, but rather a family fantasy film.  It looks magical, fun, and beautiful.  Very different for Scorsese.  “Set in 1930s Paris, an orphan who lives in the walls of a train station is wrapped up in a mystery involving his late father and an automaton.”  Chole Moretz, Christopher Lee, Jude Law, and Sacha Baron Cohen are in the film.  It looks amazing.  Enjoy the trailer below.

I was surprised to see this was a Scorcese film. It was more of a tame and magical story and less of a rip your eyes out and tell the truth story. It looks like an interesting cross between Narnia and Polar Express.