Bryan Steps Into ‘The Music Room’!!! (A Criterion Collection Review) 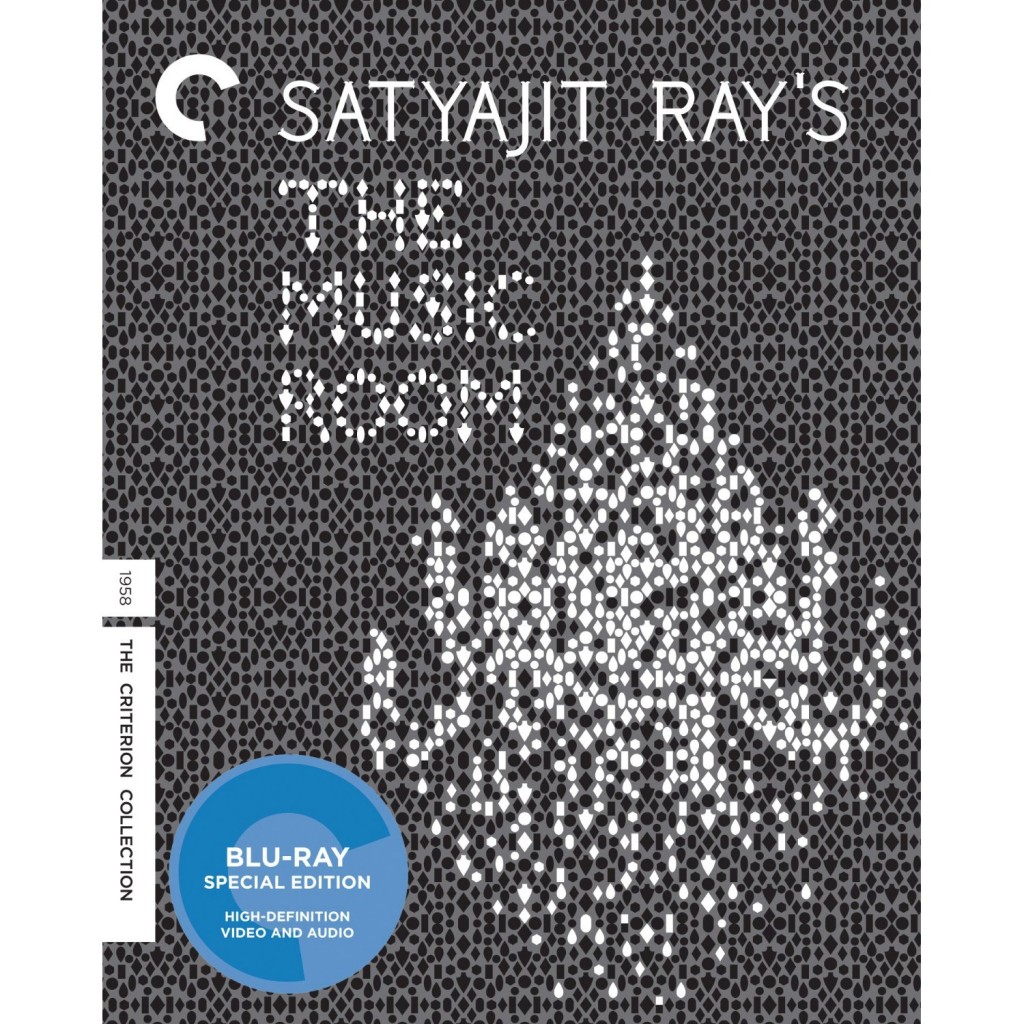 Criterion rolls out the red carpet yet again with their release of Satyajit Ray’s ‘The Music Room’.  The film looks stunning in all of its hi-def glory and 1080p transfer.  ‘The Music Room’ is required viewing for any fan of cinema and music.  The film takes a you on a journey of change, depression, growing old, and the class system and weaves them all together with music.  It really is outstanding.

We follow Biswambhar Roy who is a decaying zamindar in India whose giant palace has decayed over the years much like Roy himself.  A zamindar is aristocrat who owns quite a bit of land and rules over peasants.  A nearby river is destroying Roy’s palace while his servants keep the place just barely livable.  Over the years, Roy’s wealth has dwindled and friends have most become non-existent.  Where most of the film takes place is Roy’s music room which is a large a beautiful (at one point) room where he held parties for his friends of the most regarded musicians and dancers of his time.

From here, we flash back to when Roy was in his younger days and much happier.  He had a wife and kid who he loved and would throw these concerts for them and their friends.  He would spend all of his money hosting the finest musicians and dancers for his friends and family to see and experience.  One night during one of his music room concerts, he is notified that his wife and kid were killed during a violent storm.  Once he learns of their death, he spirals downward into a deep depression.  He basically quits everything with the music room.

We come back to present day to see a broken man that we saw in the first frames of the film.  A neighbor of his becomes somewhat instantly wealthy and decides to put on his own musical functions.  This gives Roy a new lease on life and he realizes that he was happiest when he was hosting his parties in his music room.  So he decides to gather what little money he has left and throw a last memorable concert and fix up his music room to where it was back in his younger days.  He becomes the man he was when he was younger.  He doesn’t care what happened in his past, and he hates the word of tomorrow.  The only thing that matters to him his this concert and his music room being restored.  This brings Roy absolute pleasure.  It was such a joy watching this.

The video of ‘The Music Room’ is presented in 1.33:1 black and white AVC/MPEG-4 1080p/24.  This film was made in the 50’s in India and on a certain type of film stock that is very sensitive to pretty much everything.  So the master was not in good shape.  That being said, Criterion found a second master that has been used from the original negative and that is where we get this hi-def picture.  For what it is, the picture is pretty great.  Yes there is grain here and there and tons of scratches throughout, but you can see that a  lot of love went into restoring this film into what it looks like today.  If you compare this release to the original, its quite clear that it is night and day.  In a lot scenes of the blu-ray version, there us no grain.  It is quite crystal clear.  Very impressive video.

The audio is a PCM 1.0 soundtrack that was remastered in 24-bit from the original 35mm soundtrack print.  It sounds good, but there is no 5.1 surround, and there is quite a bit of crackle and pops.  There is not a lot of sound range on this disc which is sad, but it does its job.

For the Love of Music (18 Minutes) – An interview, recorded exclusively for the Criterion Collection in 2011, in which Andrew Robinson, author of Satyajit Ray: The Inner Eye, discusses the making of The Music Room and the film’s cultural significance.  Solid and engaging interview.

Satyajit Ray’s ‘The Music Room’ is a one-of-a kind film.  Criterion knocked this release out of the park.  The video is top notch for what it could be and the extras are amazing.  I really think that this film should be required viewing in any film course.  A great look at a once prominent and joyful man getting one last joyful moment out of life and passion.  Truly amazing.