BRYAN’S MUST OWN BLURAY/DVD’S FOR THE THIRD WEEK OF JULY!!! 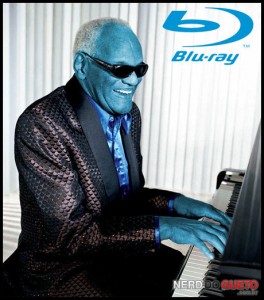 On time today.  WOO-HOO!  Well anyway, this is a pretty great but small week for releases so let us jump right in and get to all the goodies.  Some of the must own blu-rays include ‘Criterion’s The Music Room’, ‘Amelie’, plus some other goodies.   As usual, in this article, you will get some info about the disc and the extras that come with the movie as well as a personal opinion about the movie and a link to purchase the film over at AMAZON where you can save quite a bit of money, and it will give a small percentage kick back to this site so we can continue bringing you excellent stories and sales.

This film is so amazing.  This is the film that put Jean-Pierre Jeunet on the map for a wide audience not to mention the beautiful Audrey Tautou.  Loved everything about this film.   It was original, sexy, beautiful, heart warming, and funny.  “ Nominated for five Academy Awards including Best Original Screenplay and Best Cinematography, Audrey Tautou (Coco Before Chanel) stars as the French title character, Amélie, in this “sugar rush of a movie” (Elvis Mitchell, The New York Times) that earned People’s Choice Award honors at the Toronto, Chicago and Edinburgh International Film Festivals. At a tiny Parisian café, the adorable yet painfully shy Amélie (Tautou) accidentally discovers a gift for helping others. Soon she is spending her days as a Cupid, guardian angel and all-around do-gooder. But when Amélie bumps into a handsome stranger, will she find the courage to become the star of her very own story?”  Highly recommended.

Criterion once again rolls out the red carpet for their upgraded version of Cocteau’s 1946 ‘Beauty and the Beast’.  “ The sublime adaptation by Jean Cocteau of Mme. Leprince de Beaumont’s fairy-tale masterpiece—in which the true love of a beautiful girl melts the heart of a feral but gentle beast—is a landmark feat of motion picture fantasy, with unforgettably romantic performances by Jean Marais and Josette Day. The spectacular visions of enchantment, desire, and death in Beauty and the Beast (La Belle et la Bête) have become timeless icons of cinematic wonder.”  True and pure cinema right here.  This film has never looked this good.  A must see if you are a fan of the story.  Love everythign about this.  Must own.

THE BOY IN THE STRIPED PAJAMAS (BLURAY)

I still have not seen this film.  I have always wanted to see this film.  I will soon and give you an update.  “Based on the best-selling novel by John Boyne, The Boy in the Striped Pajamas is the inspiring story of an eight-year-old boy, Bruno (Asa Butterfield, upcoming Hugo Cabret), who strikes up an unusual friendship with a Jewish boy during World War II. Their friendship proves both ordinary and remarkable, both inspiring and tragic in this “unforgettable motion picture experience” that is both “moving and touching beyond words” (Pete Hammond, Hollywood.com). This rousing drama costars Oscar nominee Vera Farmiga (Best Performance by an Actress in a Supporting Role, Up in the Air, 2010) as the boy’s mother, in a performance that earned her Best Actress honors at the British Independent Film Awards.”  Can;t wait to watch.  Let me know if you have seen this.

BOYZ IN THE HOOD (BLURAY)

What a pivotal film and amazing film from first time director John Singleton.  This film packs such a punch that this movie is still remembered often today.  “The story of life in South Central Los Angeles, following the fortunes or otherwise of a group of young blacks. Struggling to escape the violence and drugs, some of them opt for education, pinning their hopes on college, others are caught up in the violence that is endemic to the neighborhood.”  Great to have this in HI-DEF.  Great performances from a young Ice Cube and Cuba Gooding Jr.  Highly recommended.

This show is so much fun.  Series 6 doesn’t stop with the action, comedy, or terror.  “ Matt Smith and Karen Gillan make their triumphant return as the Doctor and his companion in an all-new series of Doctor Who! The new series will split in two parts, with DVD/Blu-ray release dates in July and in early November, closely following their premiere runs on BBC America, and then a complete series gift set just in time for the holidays. In Part 1, the Doctor, Amy and Rory find themselves in Sixties America, battling the invasion the world forgot, then journey on the high seas of 1696 aboard a pirate ship, to solve the mystery of the Siren. In a bubble universe at the very edge of reality, the Doctor meets an old friend with a new face, and in a monastery on a remote island in the near future, an industrial accident takes on a terrible human shape. And waiting for them, at the end of all this, is the battle of Demon’s Run, and the Doctor’s darkest hour. Can even the truth about River Song save the Time Lord’s soul? Only two things are certain. Silence will fall. And a good man is going to die.”  Fans won’t hesitate to pick this up.  Do it.  My larger review will be up shortly with all the info.

A great idea for a film, but not executed in the greatest sense.  It still is a hell of a fun film.  “Bradley Cooper (The A-Team) and two-time Academy-Award winner Robert De Niro, star in this provocative and action-packed thriller with unlimited surprising twists. Eddie Morra (Cooper), a burnt-out writer, discovers a top-secret pill that unlocks 100% of his brain’s capacity. He instantly acquires mind-bending talents and mesmerizing visions that bring him big money, beautiful women and limitless success. But his dream life soon becomes a waking nightmare, as the drug’s brutal side effects take their toll and Eddie finds himself entangled with a cunning Wall Street power broker (DeNiro) who wants everything Eddie has… and more.”  It is worth seeing and then watching with others.  Recommended.

Criterion rolls out the red carpet yet again with their release of Satyajit Ray’s ‘The Music Room’.  The film looks stunning in all of its hi-def glory and 1080p transfer.  ’The Music Room’ is required viewing for any fan of cinema and music.  The film takes a you on a journey of change, depression, growing old, and the class system and weaves them all together with music.  It really is outstanding.  Satyajit Ray’s ‘The Music Room’ is a one-of-a kind film.  Criterion knocked this release out of the park.  The video is top notch for what it could be and the extras are amazing.  I really think that this film should be required viewing in any film course.  A great look at a once prominent and joyful man getting one last joyful moment out of life and passion.  Truly amazing.

For the Love of Music (18 Minutes) – An interview, recorded exclusively for the Criterion Collection in 2011, in which Andrew Robinson, author of Satyajit Ray: The Inner Eye, discusses the making of The Music Room and the film’s cultural significance.  Solid and engaging interview.

I have not seen this movie yet, but the cast is unbelievable.  I can’t wait to watch this.  Cast includes: Michael C. Hall, Sarah Silverman, Rainn Wilson, Ben Schwartz, Judy Greer, Kate Mara, and Taraji P. Henson.  “At a dinner celebrating their father’s 70th birthday, tensions among four siblings explode thanks to the success of the youngest son’s new novel, a thinly veiled portrait of the family. The best-selling expose reveals the oldest, “responsible” son as a porn addict, the daughter as a catty drama queen, and the third son as a living disaster with a loony plan to change his life around. And things aren’t exactly going so great for the hot new writer due to a bad reaction to a certain men’s medication.”  If you have seen this let me know. I want your thoughts on it.

I have not watched this yet, but it looks like a lot of fun.  I’m sure there is some good blood and guts and loads of people making stupid decisions which will lead to their stupid demise.  Open up a beer, wait till midnight and I will watch this film.  I’m a sucker for these movies.  “Ship delivery man Luke (Damian Walsh-Howling) is accompanied by four friends (Gyton Grantley, Adrienne Pickering, Zoe Naylor, Mark Simpson) as he charts a yacht to its new owner. Along the way, their ship is ripped open by the coral reefs hiding just below the ocean’s surface. They are forced to choose: stay on board with slim hope of rescue, or swim twelve miles to the nearest island…through shark-infested waters. Those that abandon ship are faced with the race of their lives, for as soon as they enter the water a Great White shark catches their scent and the white-knuckled chase is on!”

BADASS!!!  I’m guessing they are releasing this in conjunction with the new USA version of Torchwood which just started.  This show is a lot of fun.  “Captain Jack Harkness, the former Time Agent and con man from the 51st century last seen traveling with the Doctor, ventures to early 21st century Cardiff. There, he becomes a member of Torchwood Institute, a renegade criminal investigation group founded by Queen Victoria to battle hostile extraterrestrial and supernatural threats.”  The set includes season 1,2, and the Children of the Earth.  Highly recommended.

That is all for this week.  Stay tuned for next week for some more great picks and releases.

2 thoughts on “BRYAN’S MUST OWN BLURAY/DVD’S FOR THE THIRD WEEK OF JULY!!!”