BRYAN’S MUST OWN BLURAY/DVD’S FOR THE SECOND WEEK OF JULY!!! 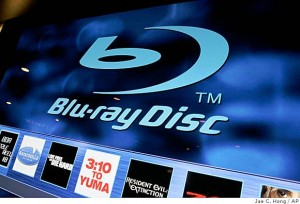 Still playing catch up.  So this is just one day late, but that’s much better than eight days right?  Well anyway, this is a pretty great week for releases so let us jump right in and get to all the goodies.  Some of the must own blu-rays include ‘Buster Keaton Short Films’, ‘Rango’, plus some other goodies.   As usual, in this article, you will get some info about the disc and the extras that come with the movie as well as a personal opinion about the movie and a link to purchase the film over at AMAZON where you can save quite a bit of money, and it will give a small percentage kick back to this site so we can continue bringing you excellent stories and sales.

Glad to have this on bluray, but it is bare bones.  I wish there were behind the scenes or interviews on this disc that were not added in the concert film.  But it sounds great.  ”

The man needs no introduction. Truly the reigning king of blues, over the last 60 years B.B. King has developed one of the world’s most identifiable guitar styles and has influenced thousands of musicians. Known for integrating precise and complex string bends with left hand vibrato, King has a uniquely regal and velvety tone making every note count. With trademark Gibson “Lucille” settled on his lap, B.B. King presents a concert filled with staggering guitar jams on hits like “The Thrill Is Gone” and “Downhearted.” In between songs, King’s characteristic affable persona shines through as he introduces the band he’s always toured with and shares stories from his life. Throughout the show special guests Terrence Howard, Solange, and guitarist Richie Sambora stop by to jam and pay tribute to this renowned blues master. Don’t miss legend B.B. King performing in his element in this amazing concert!

Song List: Everyday I Have the Blues, See That My Grave Is Kept Clean , How Many More Years, Downhearted, I Need You So, I Got Some Help I Don’t Need, Thrill is Gone, Nobody Loves Me But My Mother, Let the Good Times Roll, Thrill is Gone, When The Saints Go Marching In, Key to the Highway

BATTLE BEYOND THE STARS (BLURAY)

Such a fun throw back film.  Seriously, this movie just reeks of cool.  Yeah it is Roger Corman and it is a grade A level ‘B’ movie , but that’s what so great about it.  They don’t make em like this anymore.  I wish they did.  So much fun.  “Shad (Richard Thomas) must scour the cosmos to recruit mercenaries from different planets and cultures in order to save his peaceful home planet from the threat of the evil tyrant Sador (John Saxon), who’s bent on dominating and enslaving the entire universe. Joining this magnificant seven of mercenaries are the deadly Gelt (Robert Vaughn), carefree Cowboy (George Peppard) and the sexy Valkyrie Saint-Exmin (Sybil Danning).  The film brought together some extremely talented people behind the scenes who went on to bigger and better things: Academy Award winning director James Cameron as the art director, Academy Award winning composer James Horner (Titanic, Avatar), screenwriter John Sayles (Lone Star, Piranha) and producer Gale Ann Hurd (Aliens, The Incredible Hulk) as an assistant production manager.”

So yes.  Terry Gilliams masterpiece is finally on bluray in HI-DEF.  And no, it is not the awesome criterion collection that we have come to know and love on the DVD format.  THis is just a bare bones hi-def release of ‘Brazil’.  It is a must own, but expect at some point in the future that Criterion will release their ‘Brazil’ set again in glorious HD.  But I will settle for this for now.  “Jonathan Pryce (Pirates of the Caribbean) Robert De Niro (The Godfather) and Michael Palin (Monty Python and the Holy Grail) star in this landmark cult classic that dazzles and thrills with its Academy Award nominated groundbreaking art direction and sharply satirical original screenplay. In a future world a government clerk finds his life destroyed when he tries to correct an administrative error that caused a massive chain reaction of mistaken identity. Despite his efforts he finds himself an enemy of the state. Hailed as a modern masterpiece visionary director Terry Gilliam’s (Fear and Loathing in Las Vegas) pitch-black comedy takes a highly imaginative and chilling look at a “perfect” future where technology reigns supreme and bureaucracy overrules love for the sake of efficiency.Starring: Jonathan Pryce Robert De Niro Michael PalinDirected by: Terry Gilliam.”

This movie is FUCKING AWESOME.  “ In an post-apocalyptic world, a group of survivors travel and find other settlements in huge custom designed all terrain vehicles. ”  Any movie that has the words “post apocalyptic world” in the description is a must see.  This is exactly that.  It rocks balls.  I mean if this happened, meaning a post apocalyptic type scenario, where their are a few survivors, you know you will make a crazy ass indestructible car to get around in.  Well, watch this movie and take notes, because this is what you want your vehicle to look like and be.  So badass.  Catch a young Rorschach in it.  Pick this up.

I missed this in the theater but really wanted to see it.  It is directed by James Wan who made the first ‘Saw’ film.  So i am very curious post ‘Saw’ how far he has come.  I have heard mostly good things.  “A family looks to prevent evil spirits from trapping their comatose child in a realm called The Further.”  Can’t wait to watch it.

This is a solid little film.  It didn’t have the impact or re-watchability that ‘A Time To Kill’ did, but it is worth watching.  “In the gripping thriller “The Lincoln Lawyer,” Matthew McConaughey stars as Michael “Mick” Haller, a slick, charismatic Los Angeles criminal defense attorney who operates out of the back of his Lincoln Continental sedan. Having spent most of his career defending petty, gutter- variety criminals, Mick unexpectedly lands the case of a lifetime: defending a rich Beverly Hills playboy (Ryan Phillippe) who is accused of attempted murder. However, what initially appears to be a straightforward case with a big money pay-off swiftly develops into a deadly match between two masters of manipulation and a crisis of conscience for Haller.”  It is very well acted and directed.  The writing is superb and it looks  and sounds great.

Once again Criterion rolls out the red carpet for ‘Naked’.  A great film by Mike Leigh who is the director of’ ‘Topsy Turvy’, ‘Vera Drake’, and the recent ‘Another Year’.  This film stars David Thewlis whom you might recognize as Professor Remus Lupin (the werewolf) from the Harry Potter films.  You really owe it yourself to see Thewlis in this film. He is brilliant in this movie.  “The brilliant and controversial Naked, from director Mike Leigh, stars David Thewlis as Johnny, a charming and eloquent but relentlessly vicious drifter. Rejecting anyone who might care for him, the volcanic Johnny hurls himself through a nocturnal odyssey around London, colliding with a succession of other desperate and dispossessed people, and scorching everyone in his path. With a virtuoso script and raw performances from Thewlis and costars Katrin Cartlidge and Lesley Sharp, Leigh’s picture of England’s underbelly is an amalgam of black comedy and doomsday prophecy that took the best director and best actor prizes at the 1993 Cannes International Film Festival.”  As always the audio and visual are phenomenal.  Amazing.

That’s it for this week.  Stay tuned for next week’s huge release list.  Amazing.