A Director Has Been Tapped For ‘Akira’!!!! 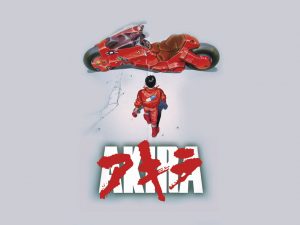 Warner Bros. is moving forward finally with their live action adaptation of the amazing anime film ‘Akira’.  They have tapped director Jaume Collet-Serra to helm the film.  Jaume directed ‘Unknown’, ‘Orphan’, and the remake of”House of Wax’.  Warner has also lowered the budget of the film to $90 million dollars.

Back in 2008, the rights to ‘Akira’ were purchased and since then has been riddled with problems.  The original directors left because of creative differences, and there has been several writers polishing drafts of the original screenplay, most recently being Harry Potter scribe Steve Kloves.  At one point Keanu Reeves was attached to this film.  The original ‘Akira’ is amazing.  “A secret military project endangers Neo-Tokyo when it turns a biker gang member into a rampaging psionic psychopath that only two kids and a group of psionics can stop.”  I can only hope they do a good job with this film.  I’d imagine if it does very well in the box office, we can expect a Cowboy Bebop, Samurai Champloo, and an Afro Samurai live action remake.